How luxury stores will be in the future? 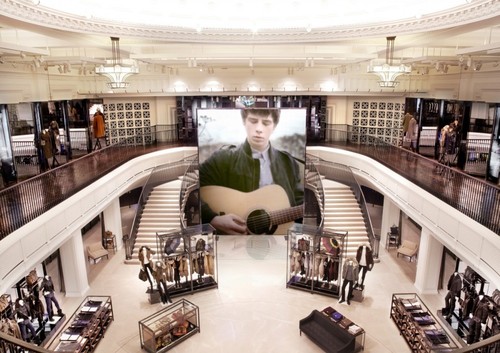 At CoolhuntingLab we know that the concept of “experience” is now more fundamental than ever to connect more and better with consumers and activate the economy. But we still wonder… How luxury stores will be in the future?

On this occasion instead of writing it ourselves, we have decided to share the article recently published by FashionNetwork.com written by Dominique Muret and translated into Spanish by Hernández Moya Sebastián because the article is so good and is so well explained, that even we could not do it better! And as you already know… at CoolhuntingLab.com we believe it is important to share and highlight the good work of other colleagues, and this is a very good one.

How to reinvent the luxury stores of the future?

It is evident that the physical point of sale is in decline, but it is not yet in the process of extinction. Opposite to that, it should play a fundamental role in the future for the luxury industry, as long as it invests heavily in physical stores. These are some of the conclusions presented by several recently published studies:

“By 2025, 100% of luxury purchases will be influenced by digital, in this context, the seller will no longer have the same role, the store will become an important point of contact between the customer and the brand, and the image of the brand will be a priority, where passion will be created around this universe and, especially, around its products. This is where you have to invest, seek and innovate,” said Claudia D’Arpizio, partner of Bain & Company and author of the study: “Luxury goods worldwide market 2018”.

In fact, points of sale are seeking to renew actively, as evidenced by the speakers during the colloquium about luxury organized on 15th November by Altagamma in Milan:

“Selfridges department store chain in the UK has just announced that it is moving from being a store to being an entertainment place, this is the current trend, we are also working very hard to develop our stores in this direction, we must be able to attract the public in the idea that they can visit us just to have a good time, without necessarily having to buy something,” said Vittorio Radice, Vice President of the Italian department store La Rinascente.

The same opinion is shared by Javier Fernández Andrino, Director of Marketing and Luxury Development at El Corte Inglés, who also participated in the debate: “It is essential that people spend time in our stores instead of staying at home browsing their phones. We have noticed the importance of making more attractive points of sale, which is why we have redirected our investments to events in the store instead of communication in the press.”

Once redesigned and reinvented, physical stores could even win new categories of customers among the younger generations. Because although they were thought to be exclusively dependent on their smartphones, millennials -young people between 18 and 34- represent for example in France, a third of the buyers of luxury goods without taxes that shop at French stores, and their percentage it has increased by 14% between 2016 and 2017 with an increase in spending of 17%, according to the latest Global Blue report on the European market of free taxes.

On the other hand generation Z, born in the digital era just after the millennials, aspires to rediscover physical stores. “In general there will be an increase of activity in the physical store, but it will have to show a new dimension to seduce these young people,” predicts Claudia D’Arpizio. As long as important resources will be invested in this sector.

A recent study made by Deutsche Bank on ‘The creation of value in the luxury goods industry’ comes to the same conclusion. The role of the physical store changes, as well as of all the figures that work in it. The objective is now to approach the consumer by offering “innovation, service, experience and entertainment”. In addition, “multi-brand virtual stores allow consumers to order 10 products and return nine or more within 30 days.” Ten years ago, this was unthinkable and it could even seemed ridiculous as a business model, plus a cost for the company, even if it is a hidden cost that can not be neglected,” said Francesca Di Pasquantonio, author of this study.

“Compared to the past, companies today are forced to increase the level and multiplicity of investments to remain relevant in the market”, and concluded by recalling that, in this context, the size factor of the company becomes “an important element of differentiation”, with largest structures being advantageous.

But the retail battle is far from over. Despite all the digital devices introduced in recent years in stores, which have gradually eliminated their barriers by opening more to consumers who offer increasingly personalized services, continue to record an inexorable decline of its visitors. “The increase in online sales and the decrease in tourists, which are decreasing everywhere except in Asia, explains this decrease in traffic, but it is not only that,” says Claudia D’Arpizio.

According to this report, the wholesale channel is still the main luxury goods sales network. Its market share fell slightly in 2018, from 63% the previous year to 62% today, but still records a 1% growth in sales. In particular, it was affected by the difficulties of the department stores and specialized points of sale that compete directly with the web pages. Mechanically, the retail channel experienced an increase in its market share from 37% to 38% during the period, with a turnover growth of 4%. Two thirds of this increase was achieved on a comparable basis, while the expansion of the network by taking control of retail distribution by brands in certain regions allowed an increase of 1%.

The number of luxury boutique openings in the world remained stable in 2018, with around 350 new points of sale. But, as the Bain & Company analyst says, it consisted mainly in reopenings, transfers to better locations, or openings in places that were not yet covered. It is no longer the same type of implementation as in the past. “Since 2012, we have gone from an average of 1000 annual openings to only 350, a 65% decrease in six years, which will continue in the coming years.” This is a time of great changes for retail, possibly one of the most fascinating issues in this moment of historical turmoil for the luxury industry, it is crucial for players in the industry to understand what stores are ready for today, and obviously, they are not just a place of transaction anymore”, concludes D’Arpizio.

Translated in English by CoolhuntingLab.com

*Always respecting the content and names 100% and mentioning all its sources as they appear in the original.

This website uses cookies to improve your experience while you navigate through the website. Out of these cookies, the cookies that are categorized as necessary are stored on your browser as they are essential for the working of basic functionalities of the website. We also use third-party cookies that help us analyze and understand how you use this website. These cookies will be stored in your browser only with your consent. You also have the option to opt-out of these cookies. But opting out of some of these cookies may have an effect on your browsing experience.
Necessary Siempre activado
Necessary cookies are absolutely essential for the website to function properly. This category only includes cookies that ensures basic functionalities and security features of the website. These cookies do not store any personal information.
Non-necessary
Any cookies that may not be particularly necessary for the website to function and is used specifically to collect user personal data via analytics, ads, other embedded contents are termed as non-necessary cookies. It is mandatory to procure user consent prior to running these cookies on your website.
GUARDAR Y ACEPTAR
Need Help? Chat with us
¿Tienes alguna duda?
¡Hola! Clica sobre el icono de abajo y podrás hablar con nosotros vía Whatsapp
Clara
Coolhunting Lab
MÉTODO 360º